skip to main | skip to sidebar

To the stalwart people that keep checking this blog

You can clearly tell when I'm backed up on laundry, house cleaning, and paying office bills...cause thats when I blog:)
This is a little over due BUT Jared and I are expecting our 4th little bundle of craziness!!! Everything is going great! So great that I started feeling like this was totally different pregnancy than any of the others (hint, hint). Thats right people...we're having a girl!!:):) I can't believe it, in fact I'm so amazed I haven't even bought any girl clothes yet. But we made the technician look an additional 10 times just to be sure and she's a keeper. Right now, I'm sitting at 24 weeks and due on May 11. We are thrilled, excited, and praying she's a sedate child (yeah, I'm not holding my breath on that one)
Posted by Jared and Maren at 11:31 AM 10 comments:

This is what happens when you point a camera in Cordell's direction:) Its very difficult to take family pictures. 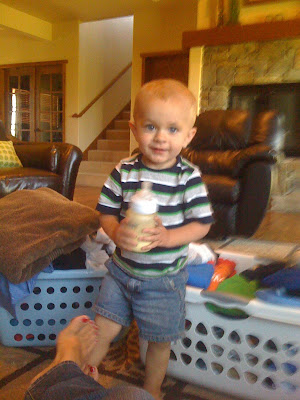 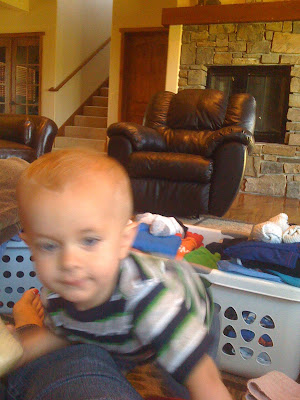 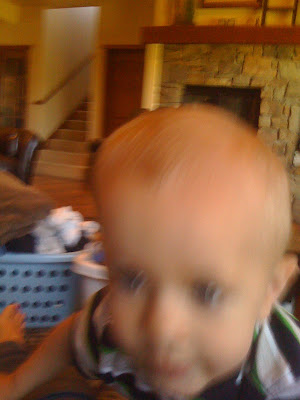 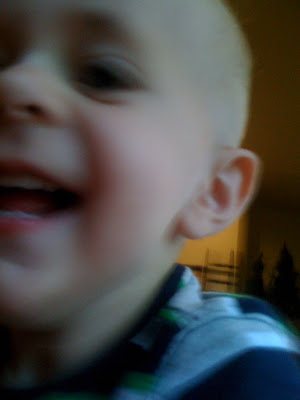 The only reason I can think of that I'm blogging right now...because the house is dirty and my list of priorities suddenly has blogging right at the top. So we went to Lake Powell with our friends the Petzingers. We did bring a camera and nope we never used it. This is my Iphone and one of 4 pictures we took the whole week. But it was gorgeous, fun, and exhausting. We will definitely do it again. We will never take Cordell again...but we may review that rule when he turns 18. Preston and Noah had an absolute blast. Preston claimed that it changed his life! He wishes now to own and live on a house boat year round but then he rethought that and said he'd need a car to go get groceries. This is Antelope Canyon, just gorgeous. 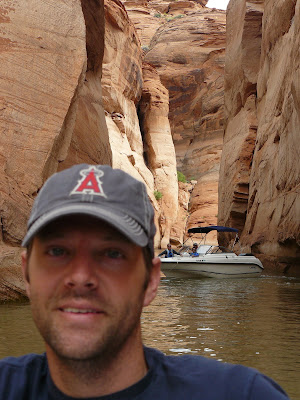 Local (well as local as Twin falls is) carnival. With rides, 4H pets, and lots of learning to be had about agriculture. Hence the reason that Preston is happily an eggplant and Noah just the cutest farmer you've ever seen. We'll call it Local Appreciation Day in honor of our friends the Andersons. 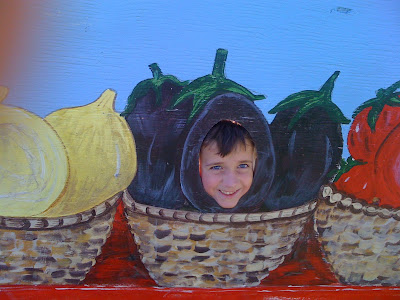 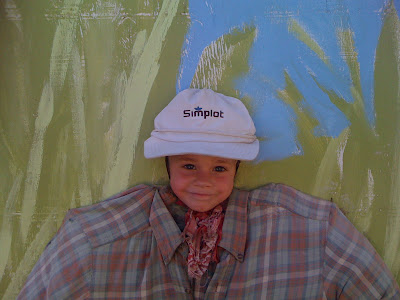 Why do we need a dog? 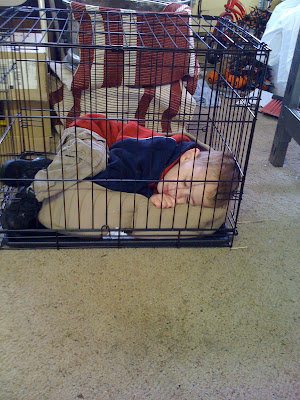 My sister came to visit a while back and brought their adorable dog. And since we have half a ton of mouse poison hidden in our garage we thought it best to keep the dog crated while he slept out there at night. Well, the dog left and family went home but the cage never made it into their car, so my kids made excellent use out of it:)
I went out to what I wish I could call my daily run on the treadmill and when I was about half way done...I turned around to see this.
(This is bound to turn up on the internet somewhere with titles of what horrible parents do to their children)
Posted by Jared and Maren at 7:12 PM 9 comments: 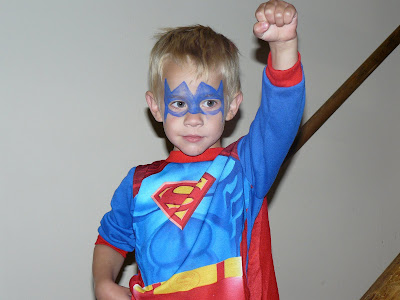 Just an update on this bundle of cuteness:) Noah is amazing. He asks every time if something has what he calls "gluten six" in it (not sure how the six got attached). He's already gaining weight. The color has come back into those cute cheeks and hold on to your seats...HE'S POTTY TRAINED. I'm feeling giddy just saying it:) This could have been a nightmare, I envisioned lots of crying over the favorite foods but he doesn't even ask for them. I feel so blessed, he is just such a little trooper. Anyway, thats it. We are doing awesome.
Posted by Jared and Maren at 4:00 PM 11 comments:

For those of you who have never had the pleasure of babysitting Noah, you may not know that he has power poop. The kind that drives away people, animals and small bugs that may be in a 50 foot area. My brother claimed that it stunk up their like (put in huge number here) sq foot home...you get the idea. So immediately potty training was commenced but after a year, I'm still changing diapers. Not only that, but they became diarrhea about every 10 time and he poops about 4-6 times a day. Now you might be wondering why I choose to enlighten all with this particularly gross info. Well, also over the last year he's lost weight and there wasn't much to lose, grown only 1 inch in 2 years, has stomach pains on a regular basis, and tells me he is hungry about every 15 minutes.
We finally saw a specialist and after some sticking and prodding and oh yeah, tubes going down his throat, he was diagnosed with celiacs. What is celiacs? Well, if it happened to me, it would be life over as I know it. But since I have this love affair with food that might be tad more that the average person, its probably not quite that dramatic. Noah is allergic to gluten aka the protein found in wheat, barley, rye and most oats. It means that his body sees gluten and sends out the troops to destroy it. But in doing so, it destroyed his stomach and intestinal wall so that food, not just gluten, couldn't be absorbed hence the tiny boy I love to see every day.
So he's been started on a gluten free diet. Which means no more grandma sycamore bread, gold fish, birthday cake, donuts, crackers, kikkoman soy sauce and cream of anything soup (those seem important for some reason) and about 60 percent of the food out there. I will no longer be shopping with my children since I have to read every label to see if it contains gluten,modified food starch, natural flavors, and any number of things that can be places for gluten to hide. And believe it or not, I liked shopping with my kids, because my husband is always there and it feels like a family outing. I know, I'm crazy. I'm a tad sad that I'll be shopping alone, most of the time. So there you have it. The Lord knew that I was unorganized and somewhat not caring about it and so blessed me with a child that will force me to be the most prepared (every time we leave the house, outing, vacation, etc must be thought through and planned for), the most organized women I can possibly be.
By the way, when I told Noah that he was not going to have diarrhea anymore he said, "Oh thank you mommy!" Adorable!
Posted by Jared and Maren at 8:42 AM 13 comments: